What is Mobile Disruption

Even though mobile phones (feature phones) conquered mainstream in the late 1990s. Mobile disruption only started to shake the world with the invention of the first smartphone in January 2007: the iPhone (a phone, an internet browser, and an iPod).

But the most crucial role for mobile disruption to really take off played Apple with its invention of the App Store in July 2008 (then with 500 Apps).

Apple can be seen as pathfinder for mobile disruption. Apple’s intervals of innovation and game-changing products (like the Macintosh in 1984, the iPod in 2001, the iPhone in 2007, the iPad in 2010, the iWatch in April 2015) are a good indicator of the pace of mobile disruption.

In 2014, the mobile disruption was the hottest topic (with WhatsApp being sold to Facebook). Today, mobile (disruption) is the new normal. It is the main channel (by adoption rate) and the most efficient way to reach user with new business ideas and services.

“Mobile Web adoption is growing eight times faster than the first wave of PC Internet adoption. There may be some limits, but we’re not anywhere near them.”
Eric Schmidt, Google (Reuters, March 2010)

“We want WhatsApp to be the product that keeps you awake… and that you reach for in the morning.”
Jan Koum on 18th June 2013 in WhatsApp Blog

Looking at all disruptive technologies coming our way, mobile internet or mobile technology solutions are by far the one with the biggest economical impact (McKinsey Report, Disruptive Technologies, p.12, May 2013): 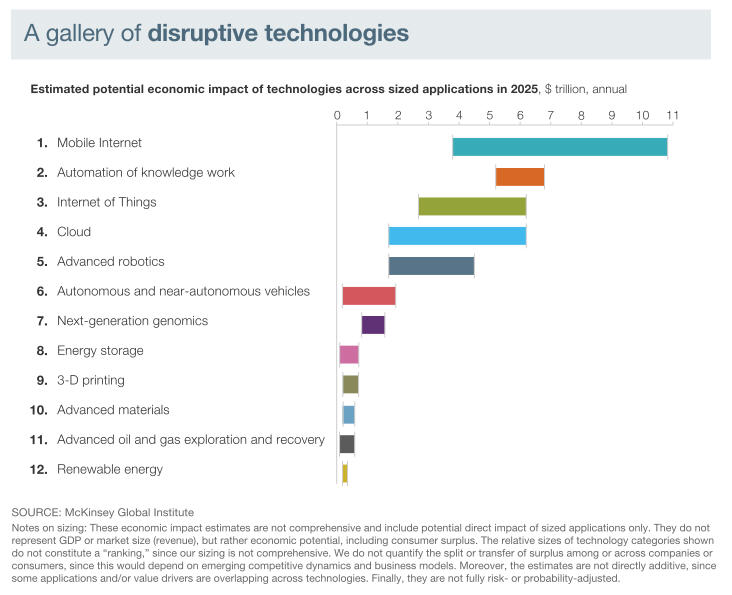 Based on this research the author sees the following three-layers-technology-principles:

Read the follow-up report on Navigate a world of disruption (January 2019) by McKinsey. 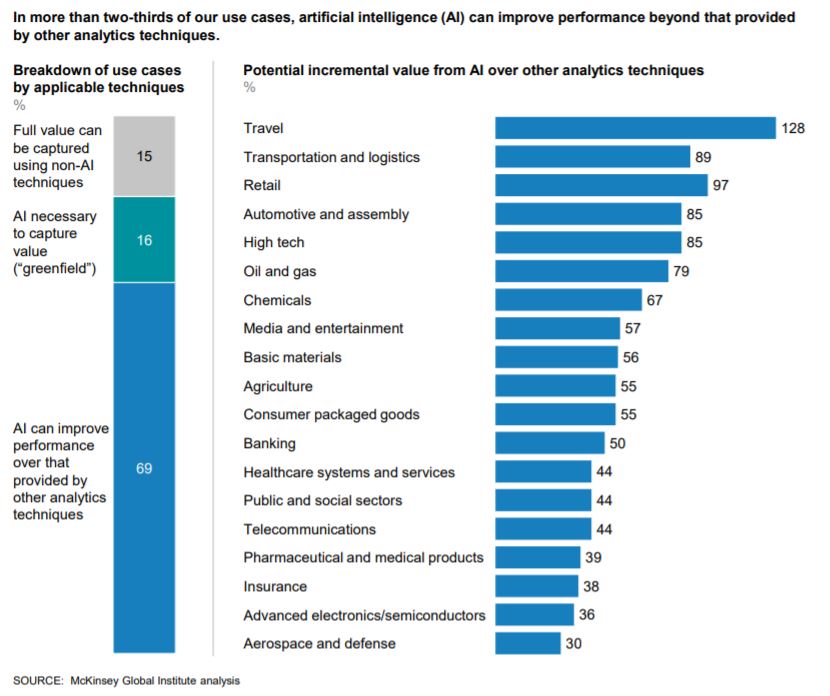 In conclusion, the author’s opinion is that companies can’t just have a department that helps desktop products turn into mobile products. Rather, there must be a department that needs to focus entirely on building for mobile from scratch. Exactly this, sees the author too less in big companies where the investment for such activities would be available. Much more visible is that mobile solutions are created by small start-up companies which are then often bought by big companies (start of this acquisition hype would be Google to buy Whatsapp). 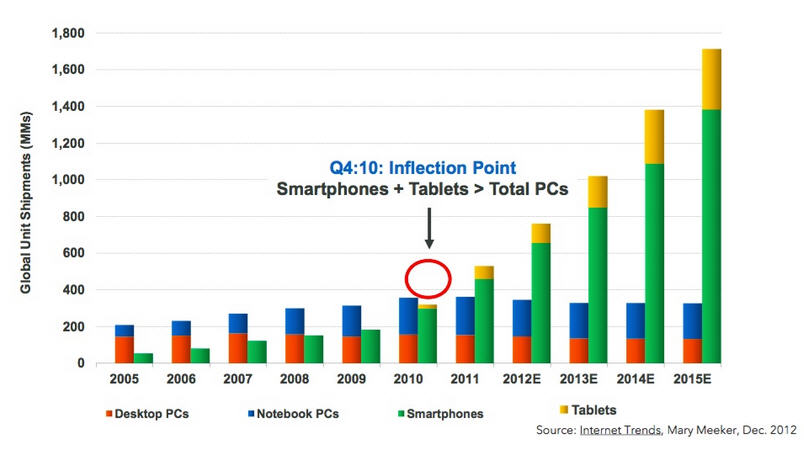 List of mobile technology solutions that lead to industry disruption: 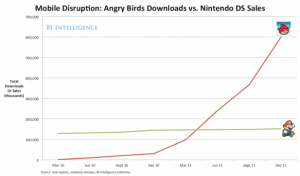 CEO Koum, at a New York conference in April 2013, said the service has surpassed 200 million daily users who together send more than 20 billion messages a day. 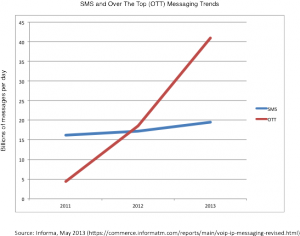 Snapchat’s huge momentum in uploading and sharing photos in January to May 2013 (Source: KPCB, May 2013) 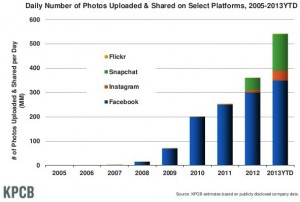 Video: Malcom Gladwell on disruptive and transformative innovators:
‘They are creative, conscientious, and disagreeable. They do not seek the approval of their peers. You can’t do something that’s transformative and disruptive if your primary interest is winning the approval of your peers. The sources of their success doesn’t come from advantage, but from adversity, disadvantage.’